By heather@clevergirlmarketing.comMay 18, 2021June 1st, 2021No Comments

In this episode, we talk with OHSFCA Hall of Fame coach, author, and motivational speaker, Tony Legando, about leadership, perseverance, and connection... and oh, so much more. 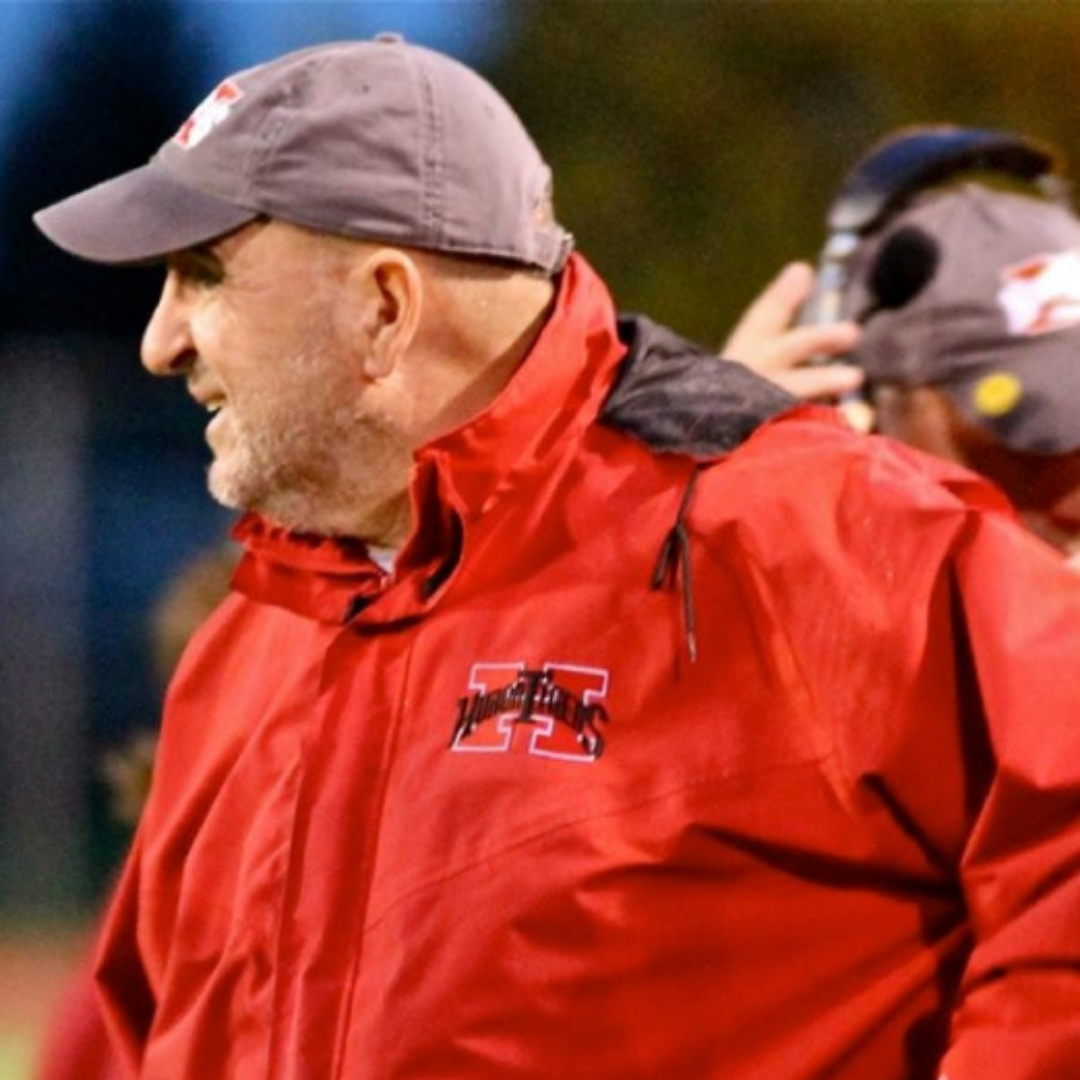 Welcome to “That’s a Hard No” – the podcast about saying no (in all its forms) so you can become the authentic and empowered person that this world needs.

Quick disclosure: While Sarah is a Licensed Professional Clinical Counselor, this podcast is in no way a replacement for one-on-one therapy with a mental health professional. If you are struggling with mental health issues, we welcome you on this journey, but also invite you to seek out professional help.

Looking for a therapist? Here’s a good place to start: psychologytoday.com

Tony Legando has spent a lifetime in education. He taught 4th grade for over 40 years, was the head football coach for the Huron Tigers (in Huron, Ohio) for 28 years, is a member of the Ohio High School Football Coaches Association Hall of Fame, and is an accomplished motivational speaker and author. His first book, entitled To Lead a Good Life has just been published, and he writes a column in several newspapers throughout North Central Ohio.

Tony has served as a mentor for both Sarah and her husband Justin. For those that may not know, Justin lost his older sister, Michelle, in a tragic car accident when she was 19 years old. Justin was 16 years old at the time and feeling very lost. Tony swooped him up and played a life-changing role for Justin during that painful time in his life. He’s continued to be a sounding board and resource throughout the years.

Sarah says, “When I think of Tony, ‘leader’ is one of the first things that come to mind. He leads his life and his truth in such an authentic and powerful way. He encourages others to do the same in their lives.”

A Few Quotes from our Conversation

“I love coaching. I don’t think it’s the greatest thing going. A lot of times people say to me, ‘well, you act like coaching is the greatest thing in the world, like it’s the most important thing,’ and I think that’s baloney. I don’t think football is the greatest thing going. But I think working with young kids, both high school and elementary students who are at a critical time in their life when the decisions they make can stay with them for a lifetime, I think that’s a real important job. I’m not sure there are many out there that are more important. And my tools to try to motivate were football and teaching. And it just happens to be the only two things in life that I’m good at.”

“I hear you sometimes talk about the guilt of ‘I should be doing this, this or this.’ And I think we all know for sure we all have to sort through those things. But we have gifts, you know, and I can say that without sounding conceited because I’ve been at it long enough that I have received the fruits of those gifts. But wouldn’t it be a shame if we back down for any reason and not shared the gift that we have? That’s not acceptable. There are too many people that need what we have to offer. And if we focus on anything else, we’re giving up on our dream and those people that need us.”

“I think I realized early on that winning a football game didn’t satisfy the needs that I had, I used to tell our guys all the time, ‘half the teams in the country and after high school teams in the country are going to get beat tonight, the other half are going to win.’ I don’t know. There has to be more to it than that. You get 70 guys together on your varsity football team, is it all you can accomplish to win a few football games? Come on, that’s weak. So we worked in the community. You know, if one of our ballplayers needed something, we were there, not a perfect world. We didn’t always answer the bell, but we sure worked on it.”

“We all have a gift and you know, it’s not fair to back off from it because of any outside pressure, which, you’ve got to figure out how to bust through it and stay on focus. Don’t say no to yourself that you can’t do this because you can. It might be a bigger battle for you than someone else, but I think that’s going to bring you to the table with more passion.”

“I think selfishness comes when you’re not sharing your gifts and you know, that’s not fair to everybody who needs you.” Where to Find Tony

We use cookies to ensure that we give you the best experience on our website. Visit our Data Privacy page to learn more about how and why we collect data from you during your visit.OkData Privacy